"Child support" is money one parent pays the other to help financially support a child. Child support includes expenses like the child’s health insurance and medical costs, educational expenses, and even child care while the custodial parent is at work or school. Usually, the parent who spends less time with the child makes payments to the other parent. The amount of child support is based on the income of both parents, however, any order for child support takes into account what each parent can provide.

Generally, the court determines the amount of child support based on both parents’ income per year and the number of children for whom the parents are responsible. If the parents’ combined income is $143,000 or less (the amount is revised every two years), the court follows a simple formula that is explained below. If the combined income is more than $143,000, the court could use the same formula for all income or just up to $143,000. See section below.

In applying the formula to come up with a basic child support obligation, the court adds the income of both parents and multiplies it by the appropriate child support percentage (based on the number of children). Your income for purposes of this calculation is your "gross income as was or should have been reported on the most recent federal income tax return." There are required deductions from gross income like alimony, public assistance, supplemental security, and New York City and Yonkers income taxes paid. 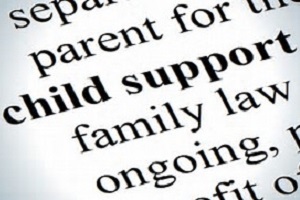 If the combined parental income is more than $143,000 per year, the court has a choice. It could use the same formula as above for all of the combined income. Or, the court could use the formula for only the first $143,000 of combined income, and then decide how much (if any) of the remainder to award by considering these factors:
•the financial resources of the child and each parent
•the child’s physical and emotional health and any special needs and aptitudes
•the standard of living the child would  have enjoyed if not for the divorce
•the tax consequences to each spouse
•the non-monetary contributions that the parents will make toward the care and well-being of the child
•the educational needs of either parent
•whether one parent’s gross income is substantially less than the other parent's gross income, and
•the needs of any other children of the non-custodial parent for whom that parent is providing support. (This factor may be considered only if the other children are not the subjects of the instant action and their support has not been deducted from the parent’s income.)
•provided that the child is not on public assistance,
(i) extraordinary expenses incurred by the non-custodial parent in exercising visitation, or
(ii) expenses incurred by the non-custodial parent in extended visitation provided that the custodial parent's expenses are substantially reduced as a result thereof; and
•any other factors the court determines are relevant.
[Domestic Relations Law § 240 and Family Court Act § 413].

In addition to the basic support award, the child support order must include medical support, which means health insurance and payments for any out-of-pocket medical expenses for the child. Either parent may be required to provide health insurance coverage for the child, if it is available at a reasonable cost. The basic award may be increased to include a prorated share of child care expenses, if the custodial parent is working or in school. In addition, the court may increase the award to include a prorated share of educational expenses for the child.

The other method by which child support is modified--upward or downward--is by petitioning the court.  Effective October 13, 2010, under the "Low Income Support Obligation and Performance Improvement Act," the court may modify child support where
(1) three years have passed since the order was entered, last modified or adjusted; or
(2) there has been a change in either party's gross income of at least 15%.

However, a party claiming a reduction in income must show that it was involuntary and he/she has made diligent efforts to secure employment.  If less than three years has passed or there has not been a 15% change in income, the court is nevertheless empowered to modify child support based on a substantial change of circumstances.
[Domestic Relations Law §236(B)(9)(b)(2) and Family Court Act §451(2)]