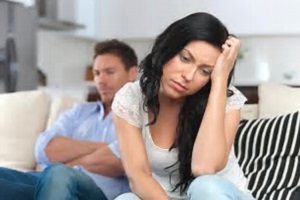 Divorce is a legal action ending a marriage. Before you file for a divorce in New York State, you must (1) meet the "residency" requirement, and (2) have "grounds" for the divorce, a legally acceptable reason.

A "consensual" divorce occurs when both spouses agree on all the terms of divorce.  Sometimes during the process you find that you cannot agree on all terms after all, and the divorce becomes contested.

A "default" divorce occurs when your spouse is notified of the divorce proceeding but does not appear in court or otherwise object to the judgment of divorce. It is important to preserve evidence of notification in case your spouse later objects and claims he or she was not properly notified.

A "contested" divorce occurs when both spouses want a divorce but do not agree on all the terms.  Sometimes there are intense disputes regarding issues such as division of property, child custody, spousal support, child support and/or shared parenting.  A contested divorce usually ends in one of two ways:  (1) With the help of your lawyers and perhaps the court, you and your spouse work out between you a detailed Stipulation of Settlement resolving all the issues and spelling out the terms of the divorce; or (2) the court conducts a trial and decides the terms of divorce. Only after one of these two things happens does the court issue a divorce judgment ending your marriage.

There are a few ways to meet the residency requirement of New York State:

(1) Either you or your spouse have been living in New York State continuously for at least two years before the divorce case is started;

(3) Both you and your spouse are residents of New York State on the day the divorce is started and the grounds for your divorce happened in New York State.

There are seven grounds, legally acceptable reasons, for a divorce in New York State:

(1) Irretrievable Breakdown in Relationship for a Period of at least 6 Months
This ground is usually called a no-fault divorce.  To use this ground, you or your spouse must state under oath that the marriage has broken down irretrievably for a period of at least six months, and all economic issues, including debt, how the marital property will be divided, and custody and support of the children have been settled.

(2) Cruel and Inhuman Treatment
To use this ground, the judge will be looking for specific acts of cruelty that happened in the last five years.  It is not enough that you and your spouse had arguments or did not get along.  The cruelty must rise to the level that the Plaintiff is physically or mentally in danger and it is unsafe or improper for the Plaintiff to continue living with the Defendant.

(3) Abandonment
To use this ground, the spouse must have abandoned the Plaintiff for at least one year or more.  Two examples of abandonment: where the spouse physically leaves the home without any intention of returning or where the spouse refuses to have sex with the other spouse, this is called "constructive" abandonment.

(5) Adultery
To use this ground, the Plaintiff must show that the spouse committed adultery--sexual relations outside the marriage--during the marriage and you have never permitted or previously forgiven the adultery, and the adulterous relations occurred within the previous five years.

(7) Divorce after a Judgment of Separation
This ground is not used very often.  To use this ground, the Supreme Court draws up a judgment of separation and the married couple live apart for one year.  You must submit evidence that you and your spouse have lived apart for at least 12 consecutive months under either a written Separation Agreement filed with the court or a court-ordered legal separation, and you must show that you have substantially complied with all the terms of separation.

An attorney can help protect your rights in divorce.  They can help to negotiate a separation agreement that achieves the goals you want. Or they can petition a court to order the property settlement, spousal support or child custody terms sought.