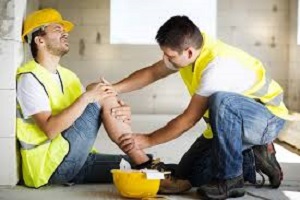 Workers’ Compensation
Workers’ Compensation provides benefits to workers who are injured in the course of employment or have a employment-related illness. Benefits include medical treatment for work-related conditions and cash payments that partially recompense, but do not equal 100% of an employee’s former wages. According to the New York State Workers’ Compensation Board, the amount that a worker receives is based on his/her average weekly wage for the previous year.

Temporary total disability benefits are paid while the worker recuperates away from work. If the condition has lasting consequences after the worker heals, permanent disability benefits may be paid and he or she may be able to get a workers’ compensation settlement to cover future loss of earnings. In the case of a fatality, the worker's dependents receive survivor benefits.

Workers’ compensation programs vary across states in terms of who is allowed to provide insurance, which injuries or illnesses are compensable, and the level of benefits. Generally, state laws require employers to obtain insurance or prove they have the financial ability to self-insure.

Social Security Disability Insurance
In contrast, Social Security Disability Insurance (SSDI) is paid only to workers who have long-term impairments that preclude any gainful work, regardless of whether the disability arose on or off the job. By law, the benefits are paid only to individuals who are unable to engage in “Substantial Gainful Activity” (SGA) by reason of a medically determinable physical or mental condition that is expected to last at least a year or result in death.

The SSA doesn’t award partial disability. To qualify for SSDI, you must be considered totally disabled. To qualify as totally disabled, the impairment has to be of such severity that you are unable to perform any work which you have ever performed for any employer. Furthermore, you must be unable to perform any work in any field in which you could reasonably be trained for.

Eligible For Both
Some people who become disabled as the result of a work-related illness or injury may be eligible for both SSDI and workers’ compensation benefits. In New York State, you can receive both, if you qualify for both.

If a worker becomes eligible for both benefits, under retirement age, one or both of the programs will limit the combined benefits to avoid making “excessive” payments relative to the worker’s past earnings. The Social Security amendments of 1965 require that Social Security disability benefits be reduced (or “offset”) so that the combined totals of workers’ compensation and SSDI benefits do not exceed 80 percent of the worker’s “Average Current Earnings” he or she earned when employed or the total SSDI received by the recipient’s entire family during the first month receiving workers’ compensation, whichever is higher. In most cases, the former is higher. The process is called a “Workers’ Compensation Offset.”

Some states, however, had established “reverse offset” laws prior to the 1965 legislation whereby workers’ compensation payments are reduced if the worker receives Social Security disability benefits. Congress in 1981 eliminated the states’ option to adopt reverse offset laws, but the 15 states that already had such laws in place were exempted. Under the 1965 law, the Social Security disability benefit will not be reduced if the state workers’ compensation plan provided for a reverse offset.

The Workers’ Compensation Offsets
In most states, including New York, a individual who is receiving SSDI benefits still qualifies for workers’ compensation benefits, but isn’t able to receive the full combined amount of both benefits at the same time. Instead, disabled workers’ disability payments will be lowered by the amount of their workers’ compensation benefits so that they cannot receive more than 80 percent of the wages they were earning previously while working (determined by the SSA based on your earnings records).

Here's an example. First, the SSA calculates 80% of the average current earnings (or 100% of the total family benefit, if that is higher) to determine the applicable limit. Benefits for a worker’s spouse or dependent children are offset before the offset is applied to the worker’s benefit. Then it adds the monthly SSDI benefit to the monthly worker’s compensation benefit. If the benefit total exceeds the applicable limit, the SSA will reduce SSDI until it reaches it. The SSA will offset SSDI in this manner until the recipient reaches full retirement age and begins collecting Social Security retirement benefits instead of SSDI. The combined payments after the reduction, however, will never be less than the amount of total Social Security disability benefits before the reduction. Workers Compensation is almost never “offset” by other programs.

The Omnibus Budget Reconciliation Act of 1981 (Public Law 97-35) ended the option for additional states to adopt reverse offsets. It also extended the Social Security disability offset to apply to certain public disability benefits paid by federal, state, or local governments. In particular, it applies to disability benefits that are earned in employment that is not covered by Social Security—for example, in jobs that are covered by the California Public Employees' Retirement System. 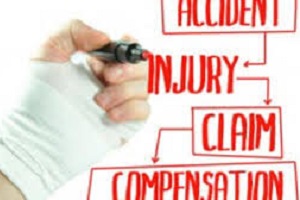 Applicable Limit (Maximum Amount of Benefits)
The applicable limit is the higher of either:
80% of the worker's pre-injury income, called “Average Current Earnings,” or
the total amount of SSDI received by all of the members of the recipient's family in the first month that workers’ compensation is received, called the “Total Family Benefit.”
For most SSDI recipients, the 80% of earnings figure will be higher, and the SSA will use that figure in the offset calculation.

Calculating Average Current Earnings
Total earnings, including those above the Social Security taxable maximum, are used to determine average current earnings. The SSA calculates average current earnings based on the highest monthly earnings under one of three formulas:
• The Average Monthly Wage Formula: SSA uses your average monthly wages to calculate your disability benefit amount.
• The High-Five Formula: SSA uses the average monthly wages from your five highest-paid consecutive calendar years after 1950.
• The High-One Formula: SSA uses the average monthly wages from the your single highest-paid calendar year during the previous five years prior to your disability.
The High-One formula is used in the vast majority of cases, although the SSA will use whichever method is most favorable to you based on your specific circumstances.

Calculating the Reduction
Here’s an example: Before you became disabled, your average earnings were $4,000 a month. You, your spouse, and your two children would be eligible to receive a total of $2,200 a month in SSDI benefits. You also receive $2,000 a month from workers’ compensation. Because the total amount of benefits you would receive ($4,200) is more than 80 percent ($3,200) of your average current earnings ($4,000), your family’s SSDI benefits will be reduced by $1,000 ($4,200 - $3,200). Your benefit will similarly be reduced until the month you reach full retirement age, or the month your other benefits stop, whichever comes first.

Minimizing the Lump-Sum Social Security Offset
Attorneys often try to draft settlement agreements to minimize or eliminate any offset of SSDI benefits by stating that the lump-sum is meant to be spread over the rest of the individual’s life. The SSA will look closely at the language of the workers’ compensation settlement document to decide how much of the settlement, if any, is subject to offset.

For example, Mr. Jones’ attorney might specify that the $24,000 is meant to be a $50 per month payment for every month until he reaches 65 ($24,000/480 months). The SSA would calculate any SSDI offset based on $50 per month for 480 months. Because Mr. Jones would have a lower monthly income from workers’ compensation, he would lose less SSDI, or might avoid the offset entirely.

Another example: If a 45-year-old Mr. Jones receives a lump-sum of $18,000 from workers’ compensation, and actuarial tables indicate that he has a life expectancy of 40 more years (or 480 months), the SSA will divide the lump-sum amount by 480 months in figuring the monthly offset. Thus, the individual will be considered to be collecting $375 per month in workers’ compensation ($18,000 ÷ 480 months = $375 per month), despite actually receiving the benefits as one lump-sum. 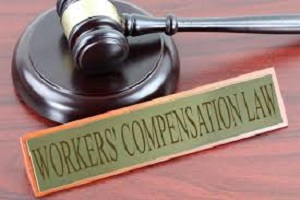 To be eligible to have the SSA consider a lump-sum as monthly payments, your worker’s compensation settlement agreement must include an “amortization provision” in the original settlement documents. Adding the term to an existing settlement is prohibited and the SSA will consider it an attempt to circumvent the offset.

At least one federal circuit has ruled that a workers’ compensation settlement cannot be spread out over a disability claimant’s entire life, but must be limited to the person’s working life. To avoid this, many lawyers draft the settlement documents to indicate that the settlement is pro-rated until the claimant reaches full retirement age. Other attorneys have chosen to use annuities in workers’ compensation settlements. In this case, because the settlement doesn’t provide for an option to take a lump-sum, the SSA will use the monthly annuity benefit to compute the offset.

A lump-sum settlement should not be confused with a lump-sum payment of past-due workers’ compensation benefits. Under a settlement agreement, the worker's compensation claimant releases the insurance carrier or employer from liability for future monthly benefit payments and future medical expenses in exchange for a cash settlement, usually in the form of a lump-sum.

If you’re unable to settle with the insurance company and you proceed to trial, the judge’s decision will not provide for lifetime amortization to maximize your benefits. You’ll instead be given the permanent disability rate listed in the award and you won't be able to minimize a Social Security offset this way.

Lawyers also will draft the settlement agreement to exclude medical and legal expenses incurred by the worker from the lump-sum that is counted by the SSA when computing the offset. Before calculating your gross workers’ compensation settlement amount, the SSA deducts legal fees, dependent payments, and rehabilitation costs. Past or future medical expenses are also excluded, with the exception of payments made by Medicare.

If you’re covered by Medicare and you set aside an unreasonably large amount of your workers’ compensation settlement for future medical expenses (using what's called a Medicare Set-Aside), Medicare may be unwilling to pay benefits until you’ve exhausted those funds.

Shifting to Social Security Retirement Benefits
An individual’s workers’ compensation offset will cease if that person continues to receive those benefits when he or she reaches full retirement age. When reached, Social Security Retirement benefits are triggered and the offset will no longer apply. A change in the law effective in December 2015 eliminated the opportunity to enter early retirement at age 62 and end the offset. However, retiring early would have provided the claimant with a lower monthly Social Security payment.