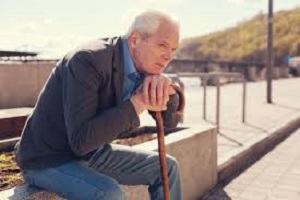 According to a Washington Post article, approximately 1.1 million disability claimants wait for one of some 1,600 Social Security administrative law judges to decide whether they will receive benefits. The length of time people must wait for a disposition increased from a national average of 12 months in 2012 to a record high of 19 months in 2017. In the Hudson Valley, as of June 2019, the wait is about 14 months.

One simple explanation for the delay is funding. The Social Security Administration’s budget has been roughly stagnant since 2010, while the number of individuals receiving retirement and disability benefits has risen by more than 7 million, despite a slight decline in the disability rolls beginning in 2015 as some beneficiaries reached retirement age.

The more complicated explanation, however, also includes fewer supporting staff members helping judges. A recession that increased the number of applications and appeals. A new regulation that requires additional medical evidence, lengthening the files judges have to read. According to a September report by the Social Security Administration Office of the Inspector General, the average judge has gone from deciding 12 cases every week to fewer than 10, a relatively small slowdown that, spread across hundreds of weeks and hundreds of judges, has contributed to the huge backlog.