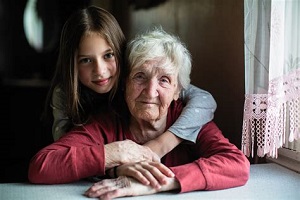 Supplemental Security Income (SSI) is a means-tested benefit program managed by the Social Security Administration (SSA) that provides monthly cash payments to those 65 years or older, blind or disabled, with limited income and assets to help meet the costs of basic needs of food, shelter, and clothing. In most states, SSI eligibility provides access to crucial medical coverage under state Medicaid programs and Section 8 housing benefits. Recipients must be citizens or nationals of the United States and have residency in one of the 50 states, the District of Columbia, or the Northern Mariana Islands. More than 7.8 million people were receiving SSI benefits as of May 2021, including nearly 2.3 million adults ages 65 and older and 1.1 million children under age 18.

Most states supplement these federal benefits with payments of their own. The amount of the supplement varies from state to state. Arizona, Mississippi, North Dakota, West Virginia, and the Northern Mariana Islands do not offer a state supplement.

Current Monthly Benefit
In 2021, the maximum monthly benefit available from federal funds is $794 a month for an individual and $1,191 for a couple who file for the program jointly. The payment increases moderately each year in conjunction with the Social Security cost-of-living adjustment, which tracks inflation. SSI takes the income and resources of the applicant or recipient into consideration when calculating their benefit amount.

Current Income Limit
One of the requirements to receive SSI is that the individual's “countable income“ must be below certain limits. These limits may vary based on the state in which the individual lives, living arrangements, the number of people living in the residence, and the type of income. The SSA subtracts what it considers “countable income” from the maximum benefit amount, and if it exceeds $794, you can't receive SSI.

The SSA has a complex formula for determining what income factors into SSI eligibility. For example, money earned from work counts, but not all of it. If a person earns money from working, only half of the amount earned each month in excess of the first $85 will count when determining eligibility. Pensions and regular Social Security benefits are countable. Some government aid, such as SNAP (food stamps) and home energy assistance, is not, nor are income tax refunds.

Current Asset Limit
Another eligibility test is your financial assets, which cannot exceed $2,000 in value for an individual and $3,000 for a couple (whether the spouse is eligible for SSI or not). Not all actual resources are counted in calculating an individual's or couple's resources for SSI purposes. Some major possessions, such as one vehicle, and the home the applicant lives in do not count against that cap, nor do household goods and personal effects. But the SSA will count bank accounts, bonds, cash, stocks, and real estate that's not your primary residence, among other things. The resource limits were originally set at $1,500 for an individual and $2,500 for couples in 1974, and were not linked to inflation. In 1987, the limits were raised to $1,800 and $2,700, in 1988, to $1,900 and $2,850, and, in 1989, to $2,000 and $3,000. Under current law they will remain at present levels indefinitely.

History
The legislation creating SSI was a result of President Richard Nixon's effort to reform the nation's welfare programs. At that time, each state had somewhat different programs under the Aid to the Blind, Aid to the Permanently and Totally Disabled, and Aid to the Elderly. These programs, which received federal funding, were created as part of the original Social Security Act of 1935. The Nixon Administration thought these programs should be federalized and run by the SSA. Thus, SSI was created to eliminate the differences between the states including different disability standards and income and resources requirements, which many perceived as irrational or unfair.

The maximum SSI benefit in 2021 for an individual ($794) is below the federal poverty standard for an individual in the United States (about $1,073 per month) Because both the SSI amount and the poverty standard are indexed to price inflation, this will continue to be true in the future, in the absence of legislative changes. With SSI income and other sources of family income, about 42 percent of persons on SSI are poor.

For adults who are married, SSA will sometimes pay a benefit based on a couple amount. This would occur if both members of a couple meet the categorical requirements of eligibility (for example, both members of the couple are disabled). In these cases, the benefit payable to a couple is smaller than the combined benefits payable to two individuals to take in account the idea that two people living together could live more economically than if each lived alone.

Calls to Increase and Expand Benefits
Anti-poverty advocates and congressional Democrats are calling for SSI benefits, which currently top out at $794 for an individual and $1,191 for a couple, or about 73% to 82% of the poverty line, to be raised at least to the poverty level.

The income standard allows SSI recipients $85 a month in outside earnings and phases out benefits at the rate of $1 in reductions for every $2 in earnings above that. The allowance was set in 1962 for a predecessor program and has never been changed. Had it tracked inflation, it would be $745 a month today.

Recent Legislative and Regulatory Proposals
The Biden Administration has proposed legislative changes that would raise the maximum federal benefit under SSI to at least the poverty threshold for the United States (about $1,073 per month in 2021). Under current benefit amounts, about 3.3 million SSI recipients are poor.

The Administration has also proposed increasing the resource limits in SSI by changes in the price level in the United States. Under current resource limits, to qualify for SSI, individuals must have resources below $2,000 and married couples must have resources below $3,000. These limits have been fixed in dollar amounts since 1989. The Administration's proposal would increase these to about $4,300 and $8,600 in 2021 (reflecting price growth since 1989 and setting the couple rate at twice that of an individual). Amounts would be automatically increased for future price growth.

The Biden Administration has further proposed to eliminate benefit reductions due to "in kind" support received by SSI recipients and to set the couple rate under SSI to twice that of the individual rate.