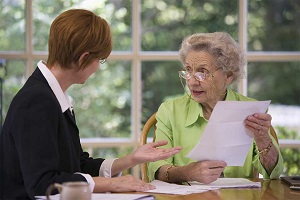 A Power of Attorney (POA) is a widely used and versatile legal document giving one person (the agent) the power to act for another person (the principal). The agent (usually a family member or trusted friend) can be tasked with a wide variety of legal and financial decision making on behalf of the principal, with such authority specifically enumerated in the POA document. The powers are frequently utilized in the event of the principal’s unavailability or incapacity and can avoid the need for a time-consuming and expensive guardianship proceeding should the person become incapacitated.

Old Power of Attorney Law
New York’s Statutory Short Form Power of Attorney, was notorious for its complexity and difficulty to execute. Residents of nursing homes and long-term care facilities, for example, found it nearly impossible to complete during the pandemic when an attorney was not present. Its rigid requirement that the exact language of the statute be incorporated in the POA meant that it could be invalidated for harmless errors or omission of irrelevant provisions.

The reason the old NY Power of Attorney law was so exacting was in an effort to prevent fraud and abuse to vulnerable individuals. However, the statute created a situation where the POA was too complex and often rejected by financial institutions. The new law only asks for substantial compliance thereby reducing the risk that executed documents will be found invalid.

Perhaps the aspect of the old Power of Attorney that people found most difficult to understand was the separate nature of the Power of Attorney and its Statutory Gifts Rider. If a Principal wished to give their agent the authority to make gifts of their assets (which is often done in estate and long-term care planning situations), they had to also execute the Power of Attorney Statutory Gifts Rider. If they did not, their agent was limited to makings gifts of $500 per year. This caused significant confusion as well as the need to have a separate additional document signed and notarized.


Revised Power of Attorney Law
New York State has enacted significant amendments to the General Obligations Law with respect to the establishment, execution, interpretation, acceptance and enforceability of powers of attorney. The new legislation aims to simplify and improve the unwieldy Power of Attorney (POA) and corresponding Statutory Gifts Rider (SGR) forms, and to rectify issues that have arisen from their use, such as, unintentional improper execution and needless rejection by a financial institution. The changes are intended to make the POA easier to use, provide a framework and clear procedure for acceptance or rejection of the POA, clarify the power and obligations of an agent, protect third parties who reasonably rely on the validity of a POA, and create a remedy against those who unreasonably reject a valid POA. The passage of this legislation means more people can sign a POA, the rejection of valid POA’s should decrease, and the enforcement of individual choices and rights improves. The revised POA goes into effect on June 13, 2021.


Refusal
The updated Power of Attorney law is intended to minimize the chance a POA will be rejected by a financial institution and to provide a timeframe and process for acceptance and rejection. No longer can a bank or brokerage unreasonably refuse to accept a valid notarized and witnessed POA without potential legal consequences (for example, when institutions demand that the POA be on their POA forms). Doing so allows an individual to begin a proceeding against the institution that subjects them to potential court issued penalties such as sanctions, legal fees and costs, and damages. Under the current law, the only existing remedy is to bring a special proceeding in court to determine whether the POA is valid and to compel acceptance. It is hoped the extra protections offered by the new law coupled with the risk of penalties will encourage more third parties to promptly accept properly executed statutory POAs.


Procedure for Rejecting a POA
The revised law prescribes a mechanism for a third party, such as a financial institution, to reject a statutory short form POA. Not later than the tenth business day after presentation of an original or attorney-certified copy of a statutory short form POA that is properly executed, the recipient shall either: (a) honor the POA, or (b) reject the POA in a writing to the principal and the agent that sets forth the specific reasons for such rejection. Reasons for rejection may include, a non-conforming form, missing or wrong signature, invalid notarization, or unacceptable identification, or (c) request that the agent execute an acknowledged affidavit stating that, to the best of their knowledge, under penalty of perjury, the POA was validly executed, remains in full force and effect, and that the action to be taken is within the scope of the agent’s’ authority, or (d) request an opinion of counsel letter as to any matter of law concerning the POA if the person making the request provides in writing or other record the reason for the request. Note that an opinion of counsel in accordance with this provision must be provided at the principal’s expense unless the request is made more than ten business days after the POA is presented for acceptance.

It will be deemed unreasonable to reject a Power of Attorney for the following reasons: (1) The POA is not the form used by the financial institution; (2) Time has elapsed since the POA was executed; (3) Time elapsed between the date of notarization of signatures.

POA Language Needs to Only Substantially Conform
Under current law, all power of attorney documents must strictly comply with the exact language of the state’s statutory short form in order for a third party to be required to accept the POA. A slight alteration could invalidate the entire document as the old POA statute requires that the POA’s language incorporate the exact language as the statute, making it far more likely that insignificant language changes in a POA may invalidate it.

Under the revised law, as long as the language “substantially conforms” to the statute, it suffices. It eases the requirement that the Power of Attorney must use the exact words, format and use of type of the New York State Statute to be valid. Instead, a POA that uses language essentially the same to the wording will be valid. It will now be valid even if it contains: (a) an insignificant mistake in wording, spelling, punctuation or formatting; (b) bold or italic type; or (c) language that is not identical to the statutory form so long as it is essentially the same, including utilizing language from a previous statute. There may be “substantial conformity” even if some clauses that appear in the statutory form are missing and provisions not applicable to the principal may be omitted without rendering the POA invalid or if there is insubstantial variation in the wording of the “Caution to the Principal” and “Important Information for the Agent” provisions, both of which current legislation and the new legislation require to be included in POAs. Accordingly, a third party located or doing business in New York State presented with a POA that “substantially conforms” with the wording of the statutory short form will be required to accept such POA unless such third party has reasonable cause not to honor it. Reasonable cause includes a belief that the POA was not properly executed in accordance with the laws in effect at the time it was executed. The relaxed language standard will allow POAs to be shorter, more easily understood, and more readily accepted by third parties. 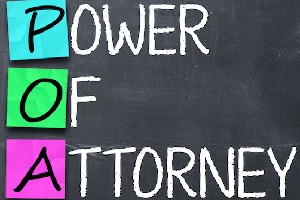 The updated law offers additional protection for third parties who in good faith act on a notarized POA. Unless the third party had “actual knowledge” the signature was not genuine, they may rely on the presumption that a notarized signature is genuine. Third parties that accept a POA based on the agent’s claim it is valid, are also protected against void, invalid, or terminated POAs unless they had actual knowledge. If a third party conducts a transaction in reasonable reliance on a properly executed statutory short form POA, the third party shall be held harmless from liability for the transaction.


Signature Requirement
The revised law modifies the signature requirement for executing a Power of Attorney. The POA no longer needs to be signed by the principal and provides a clear procedure to direct someone to sign the POA on their behalf. If the Principal is unable to physically initial or sign the document themselves, the Principal will be able to direct an uninterested third-party (someone other than a person designated as the principal’s agent or successor agent) to sign, initial and date the POA at the principal’s direction while in the principal’s presence. This means that those individuals who are have full mental capacity but who are physically incapable of signing will be able to execute a POA.


Record-keeping Requirement
The revised law also clarifies an agent’s obligation to keep a record of all transactions conducted for the principal and keep all receipts of transactions they engage in on the Principal’s behalf (all payments, purchases, deposits, transfers, withdrawals).

Health Care Costs
An agent’s authority with regard to financial matters related to healthcare is clarified. The agent will be considered a personal representative for the purpose of health care financial matters and agents may make payment decisions regarding health care costs past, present and future (but will still have no ability to make medical decisions on the Principal’s behalf as this requires a Health Care Proxy). Health care providers and health plans must provide the agent with information needed to determine the legitimacy and accuracy of charges for health-related expenses and benefits.


Elimination of the Statutory Gift Rider
Under current law, an agent may not make more than $500 in gifts each year unless they sign a Statutory Gifts Rider (SGR) outlining the agent’s gifting ability. The new POA eliminates the need for a separate SGR. Instead, the person can expressly give their agent authority to make gifts beyond the $5,000 “standard amount” on their behalf in the optional modifications section in the power of attorney itself.

An agent's statutory authority to make gifts absent language in the modifications section has been increased from the current $500 to $5,000 in the aggregate in any calendar year.

Witnesses Needed
The POA document must now be executed in the presence of two disinterested witnesses in addition to the notary. The witnesses cannot be the Principal’s designated agents or successor agents. Potential recipients of gifts effected through a power of attorney are also not eligible to serve as witnesses.


Existing POAs Remain Valid
The revised power of attorney law does not affect the validity of any older existing valid short form statutory POA, SGR, or revocation of a POA that was delivered to an agent before the law’s effective date and will not invalidate older POA documents that were properly executed prior to its effective date under the prior law. The new legislation makes clear that POA documents executed in accordance with the law at the time of execution and valid at the time executed by the principal will be honored and will remain valid, effective and enforceable under New York State law.