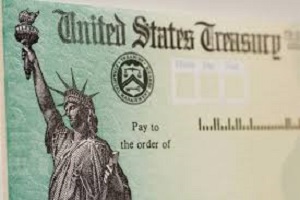 If you are an SSI applicant with one of about 15 severe physical or intellectual impairments, in certain situations, the Social Security Administration (SSA) is willing to pay benefits while gathering the evidence needed to make a decision on your Social Security Disability claim. This is called Presumptive Disability (PD). The “presumptive disability program,” doesn't speed the decision making process, but does pay up to six months of benefits while an applicant is waiting for a disability deterination. In order to qualify for PD you must have sufficient evidence showing that your claim is likely to be approved and must meet the income limit requirements of the Supplemental Security Income (SSI) program. The Presumptive Disability program is only available to those who qualify for SSI and your household income and assets will need to be below the limits set forth by the SSA and you will need to have a condition that is likely to result in the approval of your Social Security Disability claim. In addition to Social Security disability payments, individuals with presumptive disabilities may be eligible for Medicaid coverage.

What Happens To PD Payments If Later Denied SSI?
The SSA does not ask you to repay these PD payments, even if you are later found not to be disabled. However, if you received an overpayment for other reasons, (for example, excess income, SGA, or resources), it may ask you to repay some of the PD payments.

Attorney Advertising. The information on this site is not, nor is it intended to be, legal advice. Contacting us does not create an attorney-client relationship. Please do not send any confidential information to us until such time as an attorney-client relationship has been established. Prior results do not guarantee similar outcomes.
(c) Law Firm of David Rubel. All rights reserved.
Need Help?
Free Consultation
845-440-8696